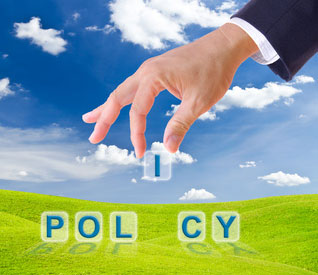 Are you infringing on employees’ rights according to Section 7 of the Labor Relations Act?

In late May, the National Labor Relations Board (NLRB) released a report on employer social media policies. Seven recent cases were highlighted in the report. In nearly all cases, except one, each policy included several unlawful statements.

According to the NLRB, unlawful provisions interfere with employees’ rights under Section 7 of the Labor Relations Act. Download the NLRB Memorandum for more information about the details of the findings and a sample of the lawful policy

To further your knowledge, review the other reports they released in the past six months, including:

Disclaimer: Becky Livingston is not a lawyer, nor is accredited to offer legal advice. This blog is a summation of the NRLB Memorandum as she interpreted it.

Read the full brief for specifics for each bullet.

What didn’t work in six of the seven cases?

There were many examples provided in the Memorandum, some in fact sounded lawful to a laymen like myself. However, take the time to seek counsel on your social media policy to help ensure it is not considered unlawful.

Tip: Involve staff from many levels of the company to ensure they have input into the process, and to help them gain a better understanding of the Labor Relations Act. They may then become champions in helping other staff members to better understand the policy.

Many companies ask me about policy guidelines, to which I offer suggestions. However, involving legal and human resources staff who know the laws are crucial when crafting any policies related to employees.

How were your policies developed? Do you think it would be classified as a best practice?

This site uses Akismet to reduce spam. Learn how your comment data is processed.